Good news for those looking to get onto the property ladder this year, PM Boris Johnson has announced plans to improve access to the 5% mortgage deposit scheme for first-time buyers.

Aiming to create more than 2 million owner-occupiers in the UK, a well needed boost for the economy. Alongside this Johnson has also reportedly asked ministers to include removing stress tests for mortgage applicants (instead, extending a ‘form of state guarantee’ to lenders to de-risk loans)  when designing the new plan.

“I think a huge, huge number of people feel totally excluded from capitalism, from the idea of home ownership, which is so vital for our society. And we’re going to fix that – ‘Generation Buy’ is what we’re going for.

“We need mortgages that will help people really get on the housing ladder even if they have only a very small amount to pay by way of deposit, the 95% mortgages.

“I think it could be absolutely revolutionary, particularly for young people.”

“Today’s announcement will no doubt excite a nation of aspirational homebuyers who have already been sent into a frenzy over the prospect of paying no stamp duty.

“However, for Boris Johnson to claim this will help fix our broken housing market is not only laughable but quite frankly an insult to those who find themselves priced out of homeownership.

“The cause of the dire situation we find ourselves in is the Government’s sustained failure to build enough affordable housing year in, year out.

“The inadequate supply of housing to meet demand is one of the driving factors that has caused house prices to spiral and to continue to mask this failure by further fueling demand is irresponsible.

“Instead, their time would be better spent reallocating wrongly classified green belt land so it can be utilised for housing and preventing the big housebuilders from drip-feeding housing supply in order to keep their profits up.” 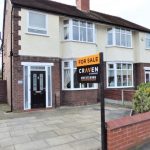 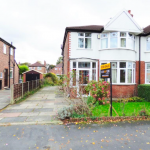